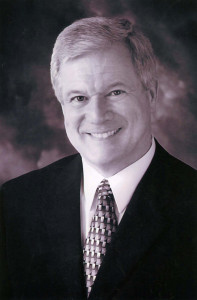 Pastor Wayne and Joy Brown’s current ministry, Diversified Ministries, is available, according to their definition, to meet any and every need.

“We will do anything we can to help anyone we can anywhere we can, locally, nationally or globally,” Wayne Brown says.

Anyone who knows the couple – in ministry more than 40 years – knows they mean it.

Folks close to the couple joke that if the Rapture happens, the pastor will miss it because he’ll be busy praying for someone to be saved.

But whether it’s to travel around the world with a medical team, get a carpet installed in a church in Florida or drop off a cheese pizza to show the love of Jesus, Wayne and Joy Brown are up to the task.

Brown says Diversified Ministries is so named because it uses “diverse methods to reach diverse people who have diverse needs.”

The ministry is, the pastor says, a bridge to the world.

Ordained in 1970, Brown pastured several churches in the Carolinas – and one in New Jersey – including First Baptist Church of Myrtle Beach from 1988 – 2003.

After retiring from First Baptist Church in Boone, N.C., the Browns came back to the area in August, 2008, and started Diversified Ministries.

As a seventh-grade child, he saw then-Russian leader,

Nikita Khrushchev, bang his shoe on a table at the United Nations.

At that moment, a dream was born in Brown.

“As a child, I said I’d like to help bring world peace to all countries,” he says. “Little did I know I’d go to Russia with the greatest message of all, the Gospel of Jesus.”

Today, the crux of their current ministry is fourfold:

“We coordinate mission trips taking the Gospel from the pew to the world,” the pastor says.

The couple does this through revivals, crusades, conferences, retreats and seminars.

Called a “pastor at large” by his wife, Wayne Brown says he likes to “come along side a church in a para-church capacity to help their ministry.

“I would like to take the burden off the church and organize the mission trip,” he says about that aspect of Diversified Ministries.

Encouragement for ministers, missionaries and their spouses:

Through conferences and retreats, both on and off the mission field, the couple ministers to Christian workers needing encouragement.

“A large part of what we do is encourage the people who are already in the [mission] field in different countries and network when we get back to help meet some of their greatest needs,” Joy Brown says.

If those missionaries need a construction crew, the Browns will find it.

If they need medical personnel, Diversified Ministries will find a team of doctors and nurses to meet that need.

Diversified Ministries is a clearing house of sorts to meet the needs of Christians who are spreading the Gospel.

Production of Christian literature and music: Joy Brown has authored or co-authored 11 books including “The Creation Diet” and “A Passion For Purpose,” a 365-day devotional for women.

One of the things Diversified Ministries has already accomplished is being instrumental in getting scores of orphans off the streets of Calcutta and into a safe environment.

“Children are dropped off at a train station by parents who can’t care for them or sometimes the parents have died,” Wayne Brown says.

“Hundreds of children were congregating in the street.”

Through contacts in Calcutta, these children have been taken off the streets and cared for in a loving, Christian facility.

Diversified Ministries has also helped build a wall between children and poisonous snakes, also in India.

“I asked if the wall was to keep out intruders and I was told it was to keep the cobras away from the children,” Brown says.

Saying their bottom line is to bring the Gospel to a hurting world, Wayne Brown stresses, “There are millions of people who have not heard what we take for granted, that Jesus loves them.”